"Eyes Of A Maniac" - Single Review. 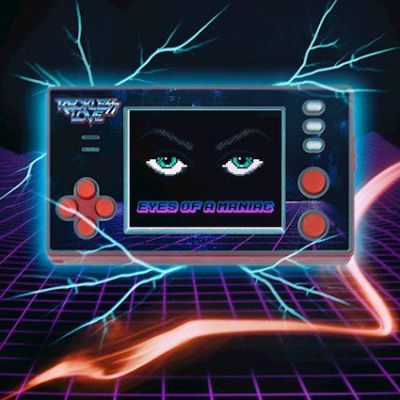 Jono Moulds checks out the latest single from Reckless Love for The Rock & Roll Circus. 'Eyes Of A Maniac', is out now on AFM records.

Reckless Love are a Finnish rock band, founded in 2001 in Kuopio, Finland. The band extends sonic hails to the greats of hard rock ranging from Kiss to Van Halen to W.A.S.P. to Warrant to Poison to Guns N' Roses and everything in between, with a heart-warming, sunny disposition able to melt the gloomiest of cynics.

Another single to review and this time I’m introduced for the first time to ‘Reckless Love’ and their new single ‘Eyes of a Maniac’. The mixture of what sounds like guitar and synth open up the track, followed very closely by ‘Herman’s’ opening line – ‘Why does it find me every time?’, ‘Even though I’ve been living like a runaway’.

As the opening lines hit me, my first instinct is to liken what I’m hearing to ‘Ghost’, but a slightly lighter, more commercial vibe. The verses certainly have that ‘poppy’ edge to it, which is definitely fuelled by the heavy use of synthesizer, albeit, there is the odd ‘sprinkling’ of chorus guitar added, here and there.

As we ‘electronically’ weave through the opening verses, we suddenly hit the chorus, and for the first time, we prominently hear some overdriven guitar chords, which certainly makes the song move from the poppy side into more of a commercial rock vibe. There is no doubt whatsoever that there is a great hook to the chorus, in fact, the chorus runs for quite some time, but the hook is so sweet and catchy that you won’t mind that one bit.

Then second round of verses come at you in pretty much the same way as the first round, but this time there is more augmentation over the synth-soaked sound, as the guitar ‘flutters’ even more than before, filling the gaps nicely.

As the chorus completes its course for the second time, a bridge has been added where ‘Herman’ sings a new vocal pattern/ arrangement over the same chord structure as the chorus (very cleverly done – bravo!!) ‘In the mirror, in in the mirror’.

As the bridge ends on ‘Eyes of a Maniac’, there is a small, palm muted guitar segment, as a roll on the electronic drum kit welcomes in the same/repeated lyrics as the bridge section.

Straight after this, there is a great guitar solo cameo, which, although should seem out of place (supported by so much synth etc.), actually fits really well. It’s highly technical and melodic and well worth the wait, albeit, its over before its begun.

And so, we leave this new single with a final rendition of the chorus, but with some vocal additions, here and there.

There is little doubt that ‘Eyes of a Maniac’ definitely finds its way to the softer side of Rock. In fact, it starts off so heavily biased on the side of electronica, that I thought I’d played the wrong tune to review. However, as the track progresses, there is indeed more ‘Rock’ substance to it. The chorus is very addictive, and will have you singing to it within the first play.

Check out the video here :