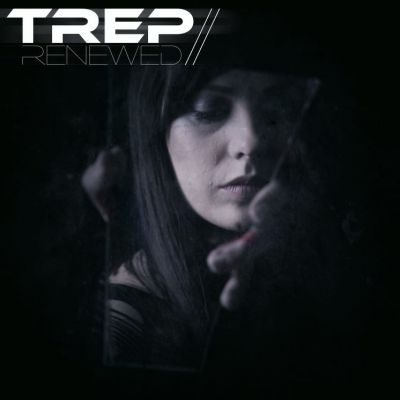 Jono Moulds checks out the new TREP release for The Rock & Roll Circus. The full-length EP, “Renewed” is scheduled for October 2021.

The band pits an overall commercial approach with some big riffs, a thunderous rhythm section and soaring vocal harmonies, combined to create a sound that the audience does not expect to hear.

After the initial welcoming of TREP's 'Silence the Crows' demo in July 2017, the band re-released it as a single in January 2019 to accompany the full release of their first EP titled 'Lucian', in March 2019.

2020 saw a new line-up for TREP. Rachel Thomas (Ráycz) took over lead vocals, to compliment Declan McCabe on guitar, Max Hill on Drums and Sam Green on Bass. Their sound has become
more-gritty and riff based than ever before, whilst maintaining the subtle progressive element that they have always had.

“Sinking” was released on 22nd June 2021, which has been welcomed by the TREP fan base. Their follow up release, “Catch Your Breath” was released on August 9th 2021 with another music video to accompany it on August 22nd. The full-length EP, “Renewed” is scheduled for October 2021.

From the out-set ‘Sinking’ is deep and heavy with a guitar riff that sounds like its being channelled through the manifold of a Harley-Davidson, or, as the air feels just before the onset of a
thunderstorm. I’m not sure what tuning McCabe has the guitar is set too, but darn, its low, which adds to the dark ambience of this growler of a track.

Woven within the heavy guitar riff, the song, musically, has a mystical resonance/vibe throughout. A simple riff keeps the vocal (on the opening verse), in good company, before there is a rising progression, where the vocal moves through a number of key iterations, soaring higher and higher. Nicely done indeed, except that by the time we get to the bridge, Thomas’s vocal rises to an even mightier crescendo that reaches that high, that I was in fear of some glass shattering close by.

Hill starts of this track with a classic combination of kick drum to snare, and so, introduces us to ‘Saviour’, as the band quickly strike up in unison, and we are off and running through the opening verse. The guitar ‘chuggs’ away, still deep and menacing, with a distorted sound that cuts through, like a chill wind on a bleak January day.

The bridge is sung over a constant chord, ‘flashing’ in and out, as the lyrics states for good measure that ‘I’m not good enough, I’m not strong enough’ (which certainly isn’t the case in terms of the band and/or the song) as we are led into the chorus, which is instantly catchy, supported superbly by some great arpeggiated (I think??, I’ll stand corrected though) guitar runs.

The mid-section has a lone guitar leading the way, before the dulcet tone of a synth layer, comes in to back it up, as it makes way for a final chorus outing.

A softer paced beginning to a ‘A Deadly Blow’ with a synth, piano, acoustic & vocal combo, but that lasts less than a minute (Approximately 54 seconds for those who are counting) as the now, fully expected, heavy breath of ‘Rock’ comes steaming through the speakers.

The song is mid-paced throughout, but doesn’t lose any of that ‘treacly, thick’ sound, that is thecommon denominator throughout the EP, as it moves from verse to chorus, before we stumble across a section, where the lyrics are on repeat and are spoken, blanketed by maniacal laughter, where Thomas states that ‘I can’t do this anymore’, before some guttural noise emanates from her very depths, before we are led back into the more chorus, before the outro.

A guitar riff, that slowly fades in, launches ‘Catch your Breath’. Another mid-paced ‘trundler’ which is built around a simple guitar riff that sits behind the vocal, before there is a break in proceedings as the band stops - to let another strong guitar riff welcome in the chorus, that features a clever synth hook, which again compliments the lead vocal.

Just to add some further contrast, the song settles down to just a guitar, drums and vocal collaboration half-way through, but that’s just a quick respite, as we are soon back underway,
thundering to an abrupt finish.

The final track on the EP and the self-titled ‘Renewed’ completes this showcase, 5-track offering. Heavy from the off, this is up in your grill before you know it. Once again, the song rises from a base of ‘riffage’ that covers you with such intensity that it’ll grip you and ensure you won’t escape too easily.

I love the extended bridge/chorus, or is it chorus/bridge (???), which is powerful, melodic and sticks with you like that stuff sticks to a blanket, all this before there is an even more thunderous movement, as the band drive the song forward to its end, drums pounding away, as the band hit  overdrive. My favourite track on the EP this. Bravo guys.

And there we have it, no sooner does it start, then it ends. My first outing with TREP and there is nodoubt that their songs provide power, resonance and technique. Thomas’s vocal has an uncanny resemblance to Amy Lee from Evanescence, as do elements of the bands sound, but there is a definite identity of their own within this EP (I think it’s heavier!!). The songs are dark and heavy, but there is also the underlying song writing quality that marries these elements together. A great EP, well worth checking out and well worth investing in. Well, done guys.

Check out the video for "Sinking" :-